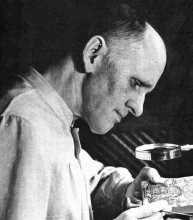 Kislinger had many opportunities to experience folk traditions; his grandparents and great-grandparents were involved in weaving, farming and barge-making; his father Matthias was a successful Linz merchant, and his mother Marie a dressmaker. Max was drawing from an early age, but when the boy was thirteen his father suffered a stroke, the family business was forced into bankruptcy and the family into poverty. Together with the advent of war in 1914, studying at an art academy was out of the question, so in 1915 he was hired as a civil servant in the Upper Austrian provincial government, a job that depressed him throughout his life, though he was valued as a reliable civil servant. Every free minute belonged to art. He studied in the museum, drew old houses, squares and alleys; he attended the school of the academic painter Matthias May in 1919, and in 1922 took courses with Paul Ikrath.

Recognition for his art came with a first prize in a competition for the cover of the magazine Südland in 1921, followed by prizes in a stamp competition, and commissions for Christmas and New Year cards. In 1923 he illustrated the historical novels of Enrica von Handel-Mazzetti, and in 1925 Franz Berger’s Heimatbuch. Ex Libris were a successful sideline, and Kislinger won first prizes at the International Bookplate Exhibitions in Los Angeles in 1929 and 1930. 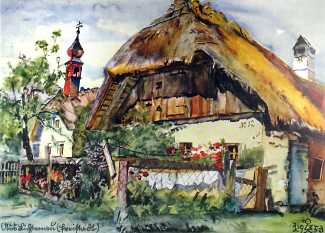 In 1933 he married his companion for life, Wiki, and together they travelled throughout Austria and southern Germany, exploring the rich folk art of the region. It became more and more his duty to preserve this valuable art and to capture it in pictures; he recalled a sad day when he visited a farmhouse in Upper Austria to find that a richly-painted bed dating from 1783 had been consigned to the tiled stove a few days earlier ‘because no one wanted the old stuff any more’.

In 1939 Kislinger became an employee of the research company Deutsches Bauernhaus (German Farmhouse) in Berlin, and of the folklore department of the Landesmuseum in Linz. The first book based on his paintings of folk art, Alte Bauernherrlichkeit (Old Peasant Treasures), was published in 1957, and was chosen for the ‘Austria’s Most Beautiful Books’ exhibit at the Brussels World Exhibition the following year. It was followed by Alte Bäuerliche Kunst (Old Peasant Art), in 1963. 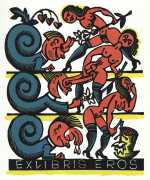 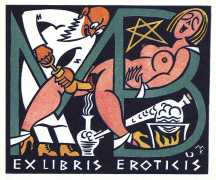 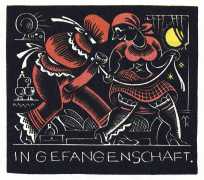 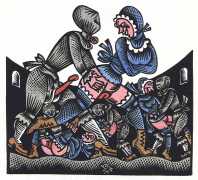 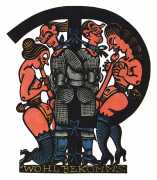 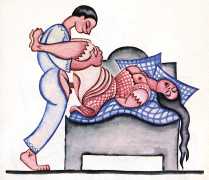 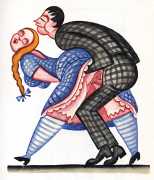 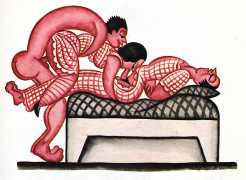 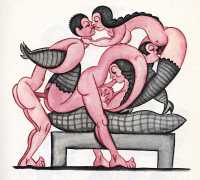 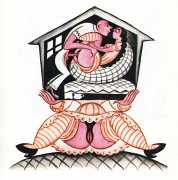 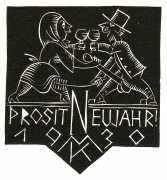