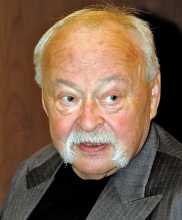 The Czech artist Oldřich Kulhánek is best known in his home country as the designer of his country’s banknotes and postage stamps, which demonstrate his consummate skill as an engraver in a format used in daily life. He was, however, also deeply committed to social and political – and human – freedom. Kulhánek grew up in Prague, and in 1958 started his studies at the Academy of Arts, Architecture and Design, in the atelier of Karel Svolinský. He graduated in 1964, already having illustrated the poetry of Vladimír Holan and Christian Morgenstern.

In a graphic cycle created between 1968 to 1971 he included a distorted portrait of Joseph Stalin, perforated five-pointed red stars, and the joyful faces of socialist workers turned into hideous grins. In 1971 he was arrested by the ŠtB (Štátna Bezpečnosť, the State Secret Police), and charged with imprisoned ‘for defamation of the allied socialist states’; eleven of his graphics were identified as ‘ideologically dangerous’ and condemned to destruction. However the prosecutors kept the prints for themselves, tantamount to government-sanctioned theft. As Kulhánek later commented, ‘I realised that one’s situation in life, even if a tragic one, never lacks a touch of humour, though usually very black humour.’ Kulhánek spent a month in prison and was interrogated regularly for next two years, during which time he was prohibited from publishing.

Despite the strictures of living under a communist dictatorship, thanks to a number of friends in the United States, Holland, Belgium, Germany, Austria and France, Kulhánek did not lose contact with the wider art scene during his darkest years.

After the collapse of the communist dictatorship in 1989, the situation in Czechoslovakia – later the Czech Republic – changed irrevocably; artists were finally free to express themselves and travel. Kulhánek was invited to give a series of workshops at universities in the United States, including the University of Houston and the Art Center at New Smyrna Beach in Florida. Kulhánek's best-known work is the series of banknotes he worked on in 1992–3 and which are still in circulation today. He is also the designer of many Czech postage stamps.

Kulhánek was a founder member of the Hollar Foundation, The Association of Czech Graphic Artists, of which he was its president for several years until his death. His works are in the collections of many European and US art galleries.

In an interview shortly before his death, Oldřich Kulhánek explained his guiding principle as an artist: ‘My belief is that the artist should always strive to explore thoroughly their own existence, the time and the place where they live. They should expose the pretences and lies of the establishment, and the manipulation and dehumanisation of individuals and society. The true artist must reflect the contemporary soul.’ 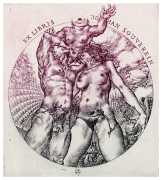 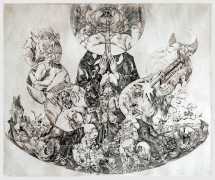 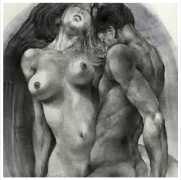 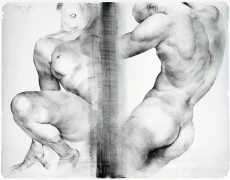 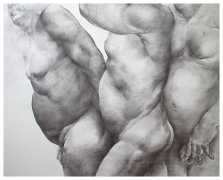 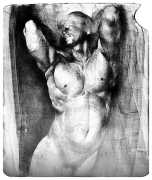 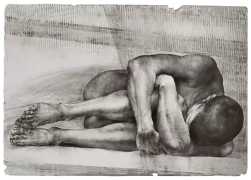 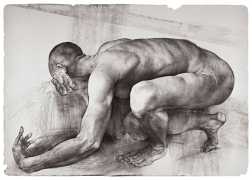