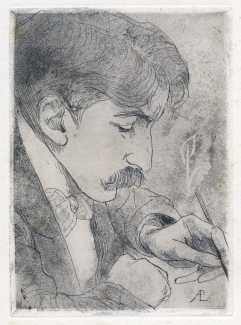 ‘We ask our readers not to look in the drawings that illustrate this book for the interpretation of the poems, even though they are of the same inspiration and the same era. We reproduced them because it seemed to us interesting to show the skill of the author who could, according to his own words, have become a painter: as he wrote in his diary on 5 January 1888, “Maybe I would be a painter. I really like to draw. If I took lessons, maybe I would realise that I have talent.”’

Unfortunately very few of Louÿs’ drawings survived the distribution of his unpublished papers after his death, but the few that did show that his artistic sensibility ran alongside his facility with words, his fascination with the female body translated into delicately-sketched curves, their sexuality acknowledged but not perverted. 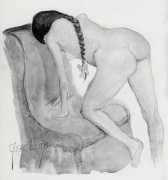