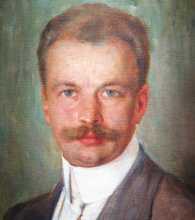 Robert Auer, the best-known and most sought-after Croatian painter of his generation, was born into a wealthy Zagreb family. Of his two brothers, Bela Auer was a successful architect and Koloman Auer inherited a printing press business from their father Ferdinand. Robert attended technical school in Zagreb before going to university in Vienna and Munich. Following his studies, he became involved in the Zagreb art scene, especially those circles associated with the Secession movement. Croatian painters of the time were distancing themselves from the traditional style of painting and, like their colleagues in Vienna and Munich, bringing a new freedom into art. As a young painter, Auer quickly absorbed the realistic style of the Secession artists.

Having acquired a reputation as a portraitist among the upper classes of Zagreb, Auer painted over 150 portraits. He was the sole Croatian painter to be included in the Munich Secession Exhibition of 1896, and his work received a special prize at the exhibition of Croatian painting at the Paris World’s Fair of 1906. He established his art studio in Rokovo Perivoj (Roko’s Park), near the Vila Auer, his parents’ house where he had grown up. Together with his wife, the painter Leopoldina Auer-Schmidt, he ran a private art school while also holding a professorship at the Academy of Fine Arts of the University of Zagreb.

In addition to his many portraits, Auer also painted symbolic and allegorical compositions, which found a ready market. Although his work was declared bourgeois by the communist government after the Second World War and marginalised as aestheticised high culture, his works continued to be sought after by collectors of Croatian modern art. 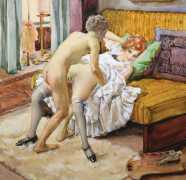 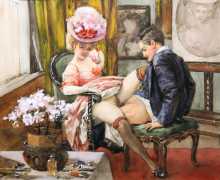 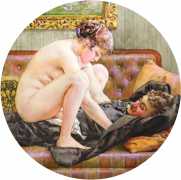 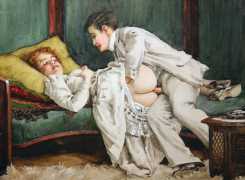 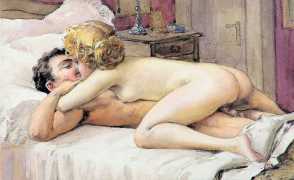 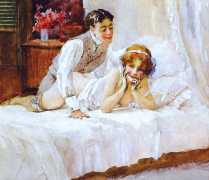