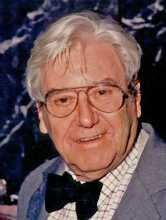 Roberto Sebastián Antonio Matta Echaurren, better known as Roberto Matta, was one of Chile’s best-known painters, and a prominent figure in abstract and surrealist expressionist art of the twentieth century. Born in Santiago, he first studied architecture at the Pontificia Universidad Católica, but was unfulfilled as an architect and left for Paris in 1933 to explore the world of modern art. His travels in Europe and the United States led to important meetings with artists including Arshile Gorky, René Magritte, Salvador Dalí, André Breton, and Le Corbusier.

Breton was impressed enough to buy several of Matta’s drawings, and in 1937 invited him to join the Surrealist group, which led to his participation in the 1939 International Surrealist Exhibition in Paris. Influenced by his association with the Surrealists, Matta began to develop his own visual language and, with his early works, the Inscape series and the Psychological Morphologies, which explored themes of cosmic creation and destruction. The outbreak of war in 1939 drove Matta into exile in New York. Alongside Max Ernst, he began working with Art of the Century, Peggy Guggenheim’s influential gallery, where he exerted a strong influence on the emerging abstract expressionist painters. During the 1940s, Matta’s work featured machine-like and invertebrate shapes interacting in a dynamically charged cosmic space. In 1948 Matta returned to Europe and parted from the Surrealist group. He went first to Rome before settling in Paris in 1954. During the 1960s and 1970s Matta travelled extensively in Africa and South America, his paintings acquiring a new fluidity and a more controlled palette.

Shifting biomorphic shapes painted or drawn in vivid colours populate Matta’s often-apocalyptic scenes, conveying confusion and angst. His style and willing exploration of the surrealist philosophy of ‘automatic composition’ have heavily influenced the development of the abstract expressionist school’s exploration of action painting. He believed strongly in the importance of personal freedom and exploration, and in creativity as a way of resistance against forcefully imposed political and social convention. ‘Resistance is in each of us,’ he wrote. ‘We resist by exercising our creativity. This is true poetry – when we seek new comparisons, other ways of looking and conceiving of things.’