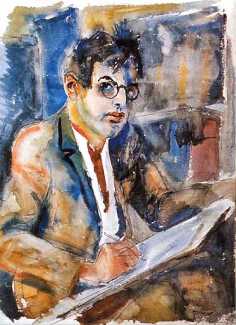 Rudolf Schlichter was one of the most important figures of the German Neue Sachlichkeit (New Objectivity) movement of the 1920s, though his deeply-held social and political awareness led him to explore a range of artistic styles from realism to surrealism via Dada and Cubism.

Schlichter grew up in Calw (pronounced Calv) in southern Germany. After an apprenticeship as an enamel painter he attended the School of Arts and Crafts in Stuttgart, then studied under Hans Thoma and Wilhelm Trübner at the Academy in Karlsruhe. Called up for military service in World War I, he went on hunger strike to secure early release, and in 1919 moved to Berlin where he joined the Communist Party and the November Group of radical artists.

His subject matter was rarely simple and straightforward; in his art he wanted to explore not just the superficial appearance of reality but also the undercurrents of violence, power and lust being played out just under the surface. He was particularly interested in how this presented itself in sexual relationships, and was well-acquainted with the underworld of Weimar Berlin.

A major work from this period is his ‘Dada Roof Studio’, depicting an assortment of figures on an urban rooftop. Around a table sit a woman and two men in top hats. One of the men has a prosthetic hand and the other, also missing a hand, appears on closer scrutiny to be mannequin. Two other figures in gas masks may also be mannequins. A child holds a pail and a woman wearing high button shoes (for which Schlichter was rather partial) stands on a pedestal, gesturing inexplicably.

In 1925 Schlichter participated in the Neue Sachlichkeit exhibit at the Mannheim Kunsthalle. In the same year he married Swiss-born actress Elfriede Elisabeth Koehler, who changed her name to Speedy (after a popular film of the period), and Rudolf painted a series of striking portraits of her.

When Adolf Hitler took power, bringing to an end the Weimar period, Schlichter’s activities were greatly curtailed. In 1935 he and Speedy returned to Stuttgart, and four years later to Munich. In 1937 his works were seized as degenerate art, and in 1939 the Nazi authorities banned him from exhibiting. His studio was destroyed by Allied bombs in 1942.

After the war Schlichter resumed painting and exhibiting, but mostly rather pedestrian landscapes of southern Germany. Through the experience of twice-war-torn Germany the radical exploratory spirit of his early years had been replaced by a need for rural peace. 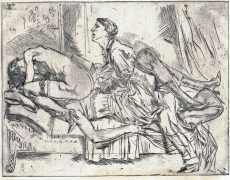 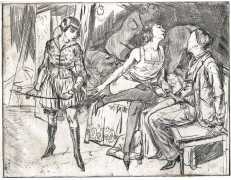 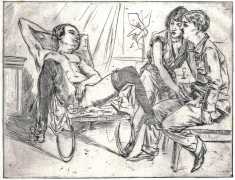 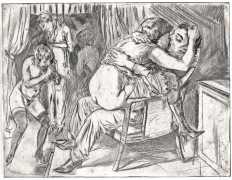 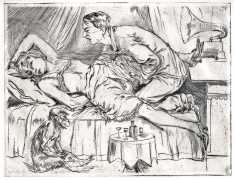 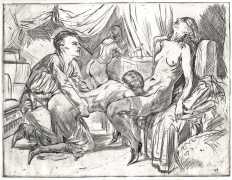