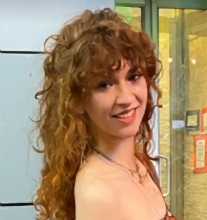 Sara Jackson (also known as Sara Lorelei Jackson, Sara Lorelei Gunchonski, and Sarajacksonjihad) is a talented and prolific Manhattan-based artist and tattooist who works from a rich array of inspirations to produce fresh and thought-provoking images full of colourful symbolism and social and political commentary.

She grew up in Greenwich, Connecticut, and moved into New York City as a student. Her art combines elements from many sources, notably Jewish and Eastern European (she has written a self-published illustrated book, The Rabbi Who Loved His Wife Above All Things, 2019), and often includes political figures – Richard Nixon, George Bush, Osama bin Laden and Putin have all made cameo appearances.

Surrealism, eroticism, history, current affairs, mythology and dreams create a rich mixture in Jackson’s work, and to her portfolio she has recently added the medium of tattoo.

When asked what she most likes to paint and where she would like her career to go, she recently replied, ‘Though I’m rather unfairly known for my penises, my favourite body parts are the face, veins, and body hair. I’m a slut for male body hair. A lot of times I paint about the perfect romantic/sexual partner for myself, sometimes embodied as a minotaur or a fireman. If anybody wants to buy my paintings for thousands of dollars so I can quit my job, that would be great.  If Sotheby’s can auction a banana taped to a wall for $400,000 and make some already rich white dude richer, why can’t it happen for me?’

She certainly deserves it. 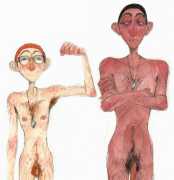 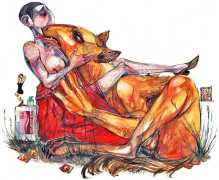 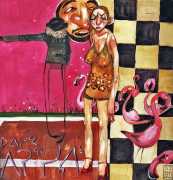 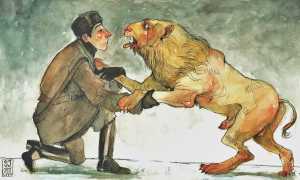 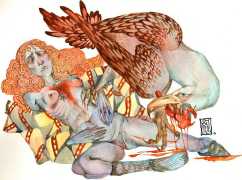 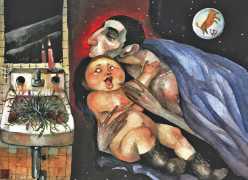 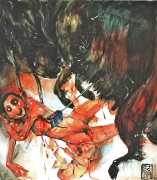 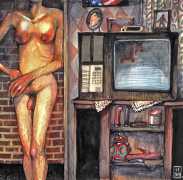 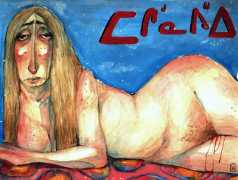 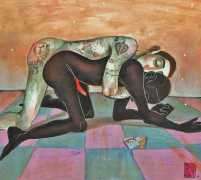 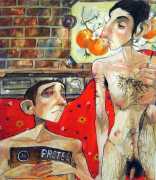 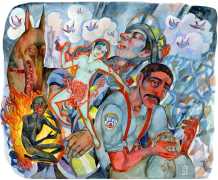 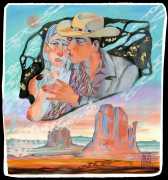 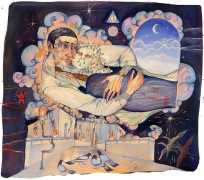