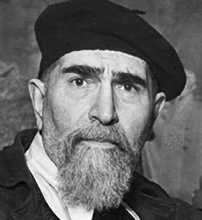 Sergei Dmitrievich Merkurov would seem a strange artist to be included here, as he is best known as the most prominent monumental sculptor of the Soviet era, an academic at the Soviet Academy of Arts, and the director of the Pushkin Museum of Fine Arts from 1944 to 1949.

Merkurov, of Greek-Armenian descent, grew up in Alexandropol (now Gyumri in Armenia), and studied first at the Kyiv Polytechnic Institute. In 1900 he moved to Switzerland, where he became a student of the sculptor Adolf Meyer, then attended art college in Germany from 1902 to 1905 before attending Auguste Rodin’s studio in Paris. 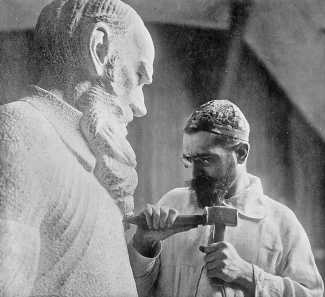 He returned to Russia in 1907, commissioned by the Armenian Apostolic Church authorities to execute a post-mortem mask of Catholicos Mkrtich Khrimian. Post-mortem masks, a difficult method to master, became his stock in trade, and he went on to make death masks of Leo Tolstoy, Vladimir Lenin, Maxim Gorky, Vladimir Mayakovsky and other famous people. He also specialised in monumental sculptures, creating statues of Lenin (who he had met while Lenin was in exile in Paris) and Stalin, including the three largest Stalin statues in Russia.

Merkurov specialised in the realist modern style associated with the Soviet era, and was never short of work. But he was also a free-thinker, a member of the United Workers’ Brotherhood, the Association of Painters of Revolutionary Russia, and the Communist Party. Interestingly his cousin, who he regularly spent time with, was the mystic and spiritual teacher George Gurdjieff. 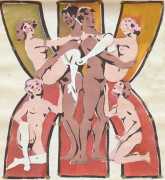 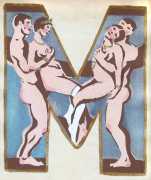 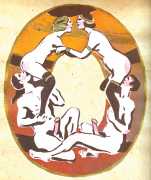 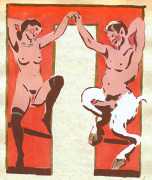 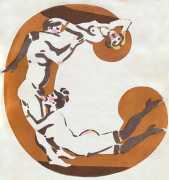 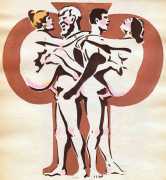 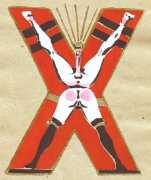 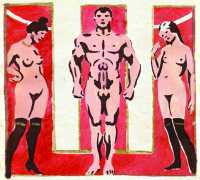 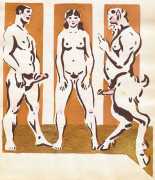 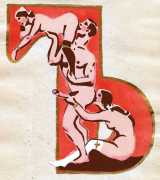 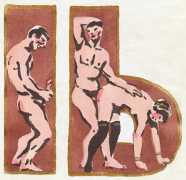 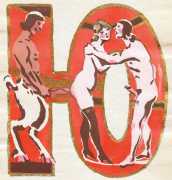 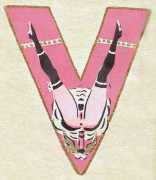