Thomas Rowlandson’s artistic career started early, when he was discovered drawing humorous sketches of his masters and classmates in the margins of his schoolbooks at just ten years old. Though we cannot be sure, it appears that on leaving school in 1772 he became a student at the Royal Academy, but about a third of this time was spent in Paris, and he later made frequent tours to Europe, enriching his portfolios with numerous sketches of life and character. Between 1775 and 1787 he exhibited oil paintings and pen-and-wash caricatures at the Royal Academy, winning a silver medal in 1777.

Rowlandson lived in London’s Soho with his aunt until her death in 1789; when she died he inherited £7,000 with which he plunged into the dissipations of the town, and was known to sit at the gaming-table for 36 hours at a stretch. After that he lived in modest, even shabby, addresses in and around the Strand, finally settling in 1800 in attic rooms in James Street, Adelphi, where he lived for the rest of his life with Betsy Winter, his longstanding companion.

Throughout the 1780s Rowlandson had been engaged in political and social caricature, but his versatility enabled him to work extensively as a book illustrator, initially on the novels of Tobias Smollett and Henry Fielding. Employed by the publisher Rudolph Ackermann from 1798, he depicted The Miseries of Human Life (1808) and added figures to Augustus Charles Pugin’s architectural settings in The Microcosm of London (1808–11). A seasoned traveller, Rowlandson was well qualified to parody the vagaries of the picturesque landscape artist. During the 1820s the work of the Italian Renaissance artist, Giovanni della Porta, inspired him to return to caricature, the artform that had made his name, and produced a number of comparative anatomy studies. 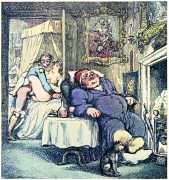 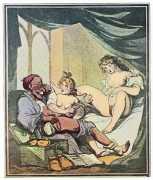 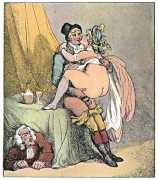 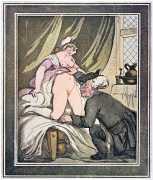 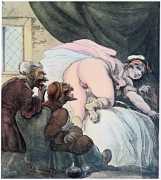 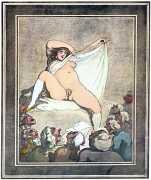 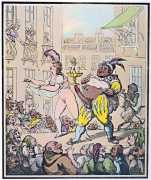 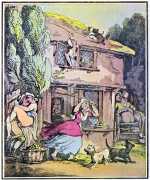 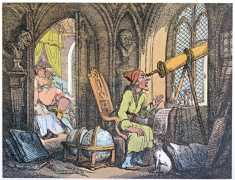 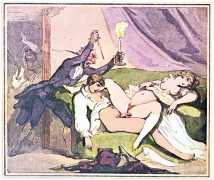 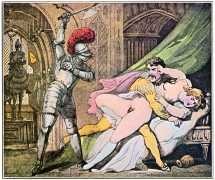 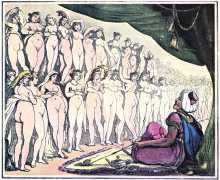 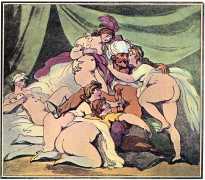 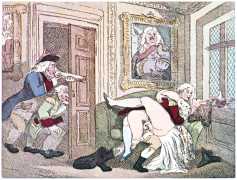 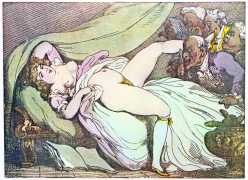 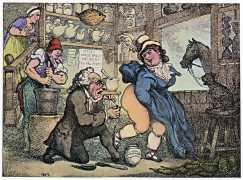 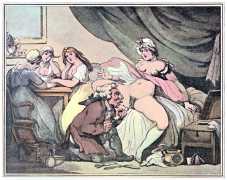 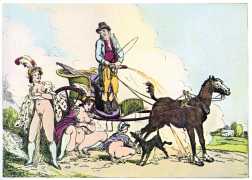 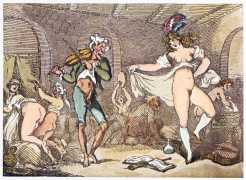 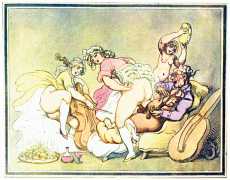 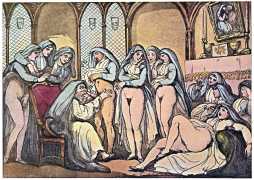 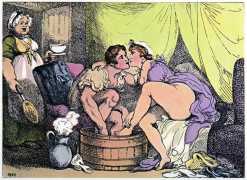 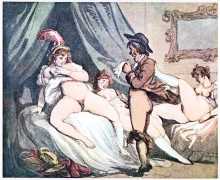 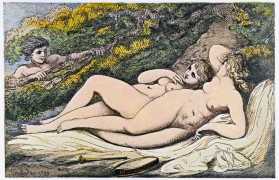 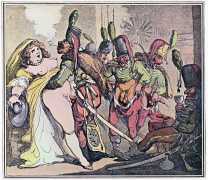