From what little we know of her, which is mostly her artwork, it is clear that she was a talented artist and a keen observer of the Vienna dance and cabaret scene; some of her drawings strongly suggest that her relationships tended to be lesbian. We also know that from 1923 to 1933 she was a dancer herself; in March 1924 she danced with Andrei Jerschik in the Vienna Konzerthaus in an extensive programme, including the dance drama ‘The Burning Girl’, performed to Tchaikovsky’s Symphonie Pathétique.

What became of Vala Moro after 1933, on the eve of civil war in Austria and five years before Nazi occupation, is entirely unknown. Did she return to Italy, or did she stay in her adopted city? We would love to know. 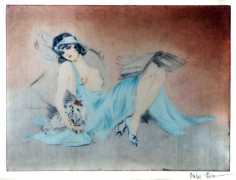 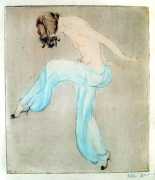