Oeuvres libres is by far the most explicit of the four Verlaine volumes illustrated by Paul-Émile Bécat, which is why it was published in ‘Bruxelles’ (Belgium had more lenient censorship than France at the time) ‘aux dépens d’un groupe de bibliophiles’ – at the expense of a group of bibliophiles. 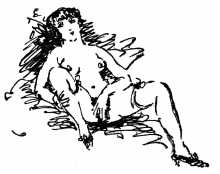 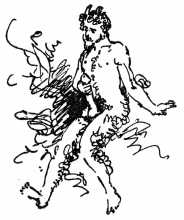 Bécat’s twelve coloured drypoints are skilled, imaginative and witty, especially the frontispiece with Verlaine himself overseeing a range of sexual liaisons; he would certainly have approved of the acknowledgement. Paul-Émile also contributed four line drawings as endpieces. 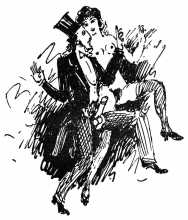 The privately-published edition of Verlaine’s Oeuvres libres was limited to 522 numbered copies.