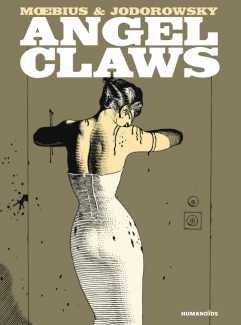 Apart from a striking set of drawings which clearly explore Giraud’s own journey in the exploration of identity, individuality, sexuality, gender, violence and self-awareness, what can be said of Angel Claws? Many readers find Jodorowsky’s text obscure and impenetrable. Any feminist analysis would contrast the female character’s self-exploration with a firmly traditional male perspective on power and heteronormativity. Mothers do not come off well.

An anonymous Amazon reviewer writes usefully, ‘A graphic curiosity, disturbing, odd and rather distressing in places, but there is a strangely redemptive quality which keeps you turning the pages. Intelligent, with striking, terse artwork, I wouldn’t recommend it to those who are sensitive to the subject matter as it could trigger painful emotions. But I like the message which seemed to convey a woman rising above the abuse in her past, and battling through the deep-set pain surrounding her sense of value as a sexual being and a female. The end certainly caught me off-guard. Intriguing.’ 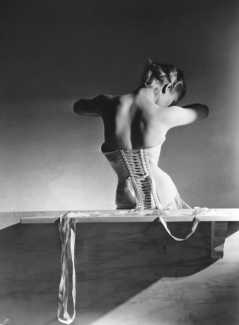 The cover of Angel Claws shows a drawing of a woman with her back to the viewer, which was apparently inspired by the iconic 1939 fashion photograph ‘Mainbocher corset’ by German photographer Horst P. Horst.