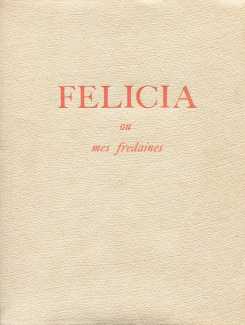 The Icart-illustrated edition of Félicia was published by Georges Guillot in a limited numbered edition of 530 copies.