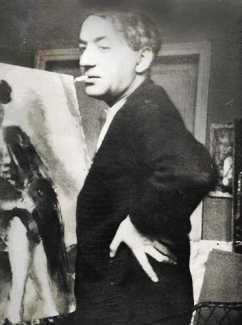 Heliogravure is praised by print specialists, who marvel at its incomparably rich palette of blacks and shades of grey, its breadth of tonal range and its exquisite expressiveness. This photo-mechanical process, the earliest way of reproducing photographs first developed in the mid-nineteenth century, involves ‘graining’ a copper plate with an all-over pattern, then coating it with a light-sensitive gelatin tissue which had been exposed to a film positive, and then etching it, resulting in a high quality plate that can reproduce accurately the detailed continuous tones of a photograph.

Pascin learned the technique late in his career, possibly from his friend Jean-Gabriel Daragnés, for it was in Daragnés’ studio in Montmartre that the Erotikon plates were stored until the portfolios were made up three years after Pascin’s suicide.