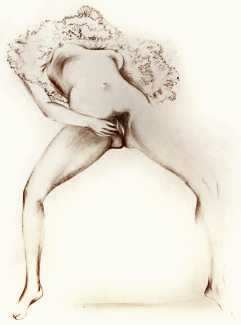 This edition was published in Paris ‘Aux dépens des Amis du Callibistris’ (at the expense of the Friends of Callibistris), ‘callibistri’ being a French slang term for the external sexual organs of both women and men. 243 numbered copies were produced.