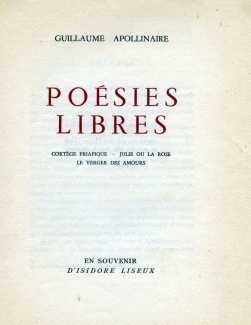 For this edition of Apollinaire Suzanne Ballivet produced four wonderful colour plates, one for each of the poem sequences and a larger frontispiece. In a style similar to her Initiations amoureuses produced two years later, her lovers are clearly enjoying their intimacy.