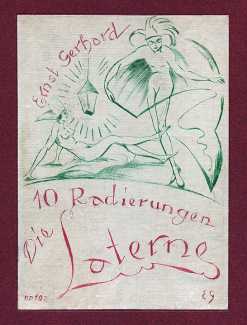 Die Laterne (The Lantern) is an original and intelligent collection of sexual vignettes, unified by the theme of the light source which appears in different forms in each of the images. Several of them feature same-sex couplings, very much a subject of interest among freethinkers in Weimar Germany.