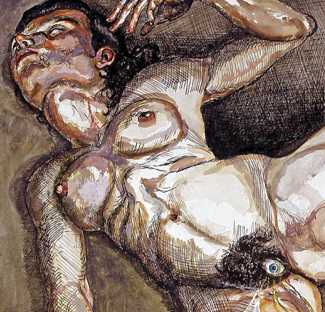 As with all Carrasquer’s work, his detailed illustrations for Histoire de l’oeil can be read at many levels, both as part of the narrative and in a wider socio-sexual context.

The captions for the ten illustrations are:

Manuel Granero i Valls (1902–22) was a famous Spanish bullfighter who after 117 fights lost his life in the ring to a bull named Pocapena.