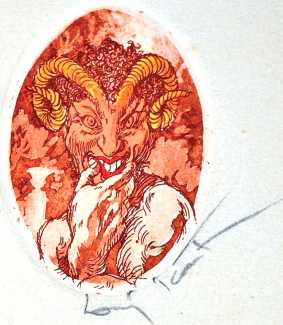 Fortunately, Icart had signed the two ‘portraits’ of the faun and the young woman, and it was clear that the delightful bistre prints were classic Icart. The portfolio was bought by the collector Serge Golifman, who sold it to Gérard Nordmann, probably the greatest of all twentieth century collectors of erotica. It was then included in the 2006 sale of the Nordmann collection, with a guide price of $4,900–7,200. 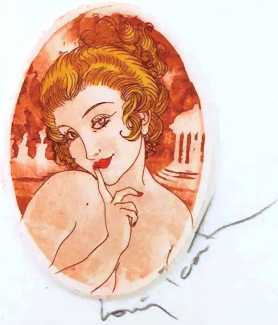 The sexual games of a faun with the women and her friend, in a deliberately antique style, are presented in a charming and very revealing way. The interesting question is, why did Icart not publish this portfolio when it was created? Both its style and subject matter would have been extremely saleable in the mid-1920s. Maybe he was working hard to establish himself in an acceptable, more implied and less explicit, style, and didn’t want to rock the erotic boat. Whatever his reasons, Les amusements du faune (Nordmann’s title) shows him in full command of the technique of aquatint etching, and with his imagination running free.