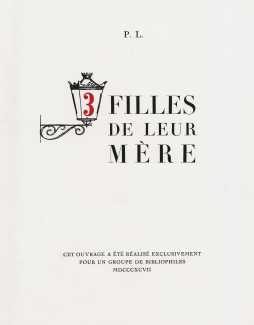 Trois filles de leur mère was privately published ‘Au dépens d'un amateur pour ses amis exclusivement’ (at the expense of a collector exclusively for his friends), in a limited numbered edition of 350 copies.