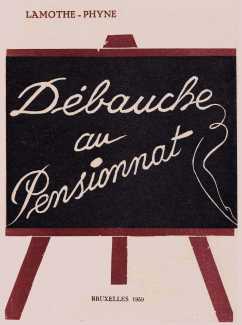 The author is given is Lamothe-Phyne, a play on words suggesting ideas like ‘le mot fine’ (the fine word) and ‘le mot fin’ (the last word). 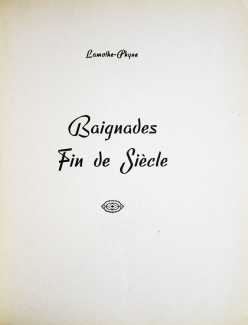 The same author-artist combination collaborated a year later on another Flores title, Baignades fin de siècle (Bathers at the End of the Century), an equally unbelievable sequel to Débauche au pensionnat. We have included three of the Baignades illustrations at the end of the portfolio. Both titles were published in a limited numbered edition of 800 copies, which appears to have been Flores’ standard practice.