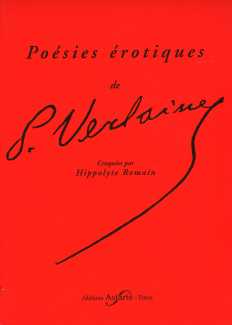 Poésies érotiques de Paul Verlaine was published by Éditions Astarté in a limited numbered edition of 949 copies; a few copies are still available from Astarté, a link to which you will find here.