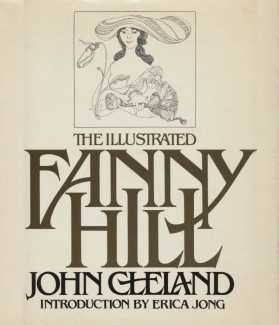 It did, however, produce one original masterpiece, an edition of John Cleland’s Memoirs of a Woman of Pleasure, which was first published in England in 1748. More popularly known as Fanny Hill (the name of the novel’s female protagonist), due to its sexual content the book came to be one of the most controversial and banned books in the history of literature, a revelation in that it incorporated pornographic scenes in a novelistic form, a feat never previously undertaken in English literature. Following the young Fanny Hill from her village home to London, the novel depicts her sexual undoing.