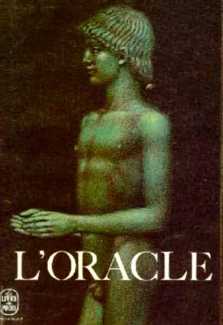 L’oracle (The Oracle) is a novel by Goor’s friend Roger Peyrefitte, which works well on several levels. As soon as he arrives in Greece, Jean Guibert, a young archaeologist professor, finds himself in charge of exploring a sanctuary which is believed to be the oldest oracle of Apollo in Boeotia. During his investigations he makes some intriguing discoveries, fends off several temptations, and gives in to a few others before being called upon to continue his research elsewhere.

L’oracle can be read as a satire of archaeological circles, an exploration of classical Hellenic civilisation and modern Greece, a police investigation of a young archaeologist, and an examination of where virtue ends and amorality begins. Peyrefitte’s highly original novel explores the underground world of both archaeology and of personal psychology.

Peyrefitte requested that Gaston Goor provide the coloured illustrations for L’oracle, which was published by Les Livres de Poche.