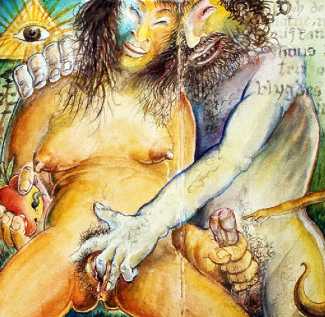 As you will see from the Big Bang paintings, Ulf Rahmberg regularly reworks his images unlimited by the edges of the original paper; he is quite happy to tape an extension patch as needed. We have also included several of the preliminary sketches for Big Bang.