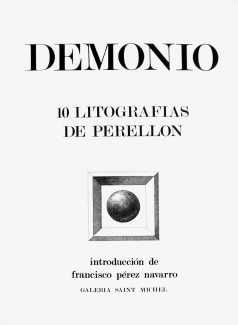 Demonio (Evil), a portfolio of ten detailed etchings, is one of three – the others being Carne (Meat) and Mundo (World) – which were Perellón’s first published work, produced by the Galeria Saint Michel.

All three portfolios were reworked in colour and published in 2006 by Liber Ediciones as Mundo, Demonio y Carne. 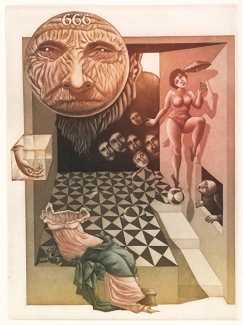