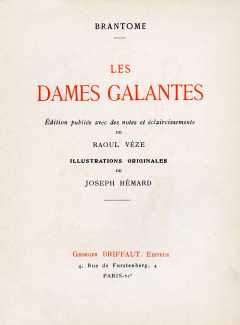 The Hémard-illustrated Les dames galantes was published by Georges Briffaut, Paris, in a limited and numbered edition of 1,842 copies.