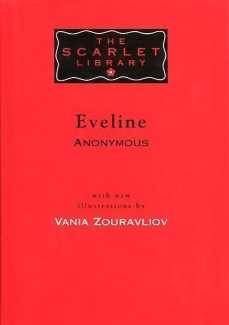 The introduction to the original 1904 edition of the anonymously-written Eveline says it all: ‘Eveline is a young woman of acute sensual instincts. There is in her behaviour strong evidence of the congenital malfunction of a certain brain centre. She has inherited on her father’s side an absence of moral perception so far as it relates to the sexual instinct. This does not prevent her from possessing much intelligence and quick intuition. She sees her opportunities and, with her own vitiated appreciation, applies them to her own indulgence. What mere nymphomaniac could this be? I have known at least twenty women who could emulate her vices, but not her audacity, her surprising resource, nor her inductive perception and ingenuity.’