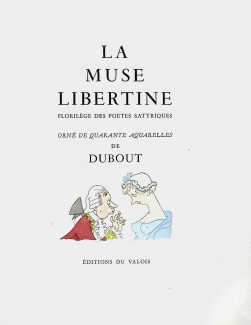 La muse libertine was published by Éditions du Valois in a limited numbered edition of 4,569 copies, of which 500 included an extra suite of the illustrations in black and white.