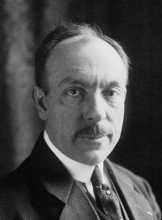 Paul Reboux (1877–1963) was a French writer, humourist, literary critic and painter; born André Amillet, he was the son of the journalist Charles ‘Ernest’ Amillet and the society milliner Caroline Reboux; he preferred his mother’s maiden surname and used it for his work, together with his new assumed forename.

His Trente-deux poèmes d’amour (Thirty-two Love Poems) are not actually poems at all; they are short prose pictures, supposedly written by a young woman desperate to find love. When the publisher Le livre précieux decided to publish them, they commissioned an unknown young illustrator called Rosine Bertrand to provide a series of illustrations, but clearly disappointed with the mediocre result they also asked the much more marketable Bécat to create a separate suite of illustrations to sell with the book. 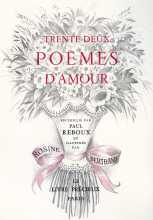 Thus this volume has two sets of illustrations, of which only those by Bécat give the ‘poems’ any additional value; each Bécat illustration also includes a ‘remarque’, a small additional contextual drawing in the lower margin.

The Bécat-illustrated Reboux was published in a limited numbered edition of 540 copies; the Bécat illustrations are included in a separate silk-paper folder at the front of the boxed book.