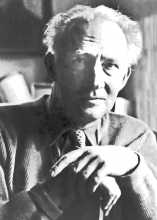 The Austrian painter and graphic artist Erhard Amadeus Dier was born into a well-known Viennese artistic family, and for the first twenty-five years of his life he was called Erhard Přihoda, his father Robert Přihoda being a successful architect. In 1916, however, Erhard married Leopoldine Dier and took her family name, presumably to sound more Austrian. Erhard had studied at the Vienna Akademie der bildenden Künste (Academy of Fine Arts) under Camillo Sitte and Josef Jungwirth, proving to be a multi-talented artist, working in a range of media from painting, printmaking and illustration to stained glass, mosaic and porcelain painting.

Amadeus Dier’s work regularly appeared in Viennese fashion and current affairs magazines, usually signed simply ‘Amadeus’. His painting commissions included portraits and animals, but he could also turn his hand to almost any subject. His skill in engraving first came to notice in 1919 with the portfolio Zwölf Fantasien aus ernsteren Tagen (Twelve Fantasies from More Serious Times), followed in 1924 by Boccaccio-Mappe (A Boccaccio Album). His Et Eros of 1925 is some of his best work, echoing Franz von Bayros in both quality and detail.

During the period of National Socialism in the late 1930s, Dier was active in the Austrian resistance movement, believing strongly in a free Austria. Amadeus and Leopoldine divorced in 1943, and he married Stefanie Kugler. The 1940s and 50s were an enormously productive period, including the design of stained glass windows for churches in Weidling and Meidling, mosaics for public buildings in Vienna, and the design of Austrian banknotes, which are probably (without their users having been aware of it) his best-known graphic work. Stefanie outlived her husband by 22 years, doing her best to keep his work in the public eye. 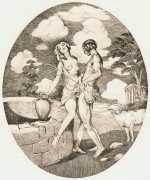 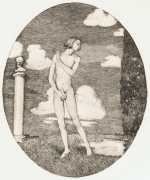