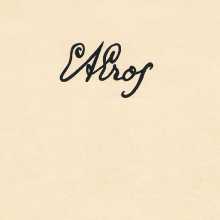 The plates of Et Eros hark back to an earlier time, that of Eugène Lepoittevin and Franz von Bayros, but they also have a freshness and simplicity of composition which owes something to Jugendstil. And they are quite explicit, freely including erections and insertions, making for a rare combination of technique and content.

Et Eros was privately published in an edition of 250 numbered copies, clarifying that ‘Cette edition privée n’est pas destinée a la vente publique’ (This private edition is not intended for public sale).