Not wanting to embarrass her family, she chose the pseudonym ‘Madame ***’ for her more explicit work, of which Florilège is by far the most original and daring. In addition to book illustrations she produced numerous watercolours, drawings and engravings which she exhibited regularly at the Salon d’Automne.

In the mid-1940s Amandine’s publisher brother André Bonne commissioned illustrations from her for a book which the established Belgian novelist and travel writer Albert t’Serstevens was writing about pirates. Despite an age difference of fifteen years, t’Serstevens being 61 and recovering from the end of his third marriage, Amandine and Albert’s relationship soon turned from artistic collaboration to romantic attachment, and they were married in Tahiti in 1946 during the researches for one of his books. They stayed in Polynesia for three years, then continued to travel together in Spain, Mexico, Sicily, Sardinia, Greece and Morocco, with Amandine illustrating his books as he wrote them.

After Albert’s death in 1974 Amandine returned to Paris and continued to accept illustration commissions well into her seventies. 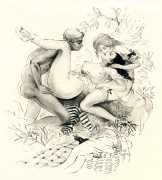 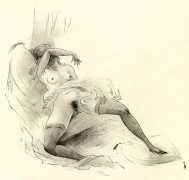 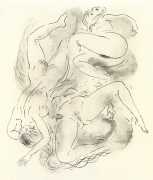 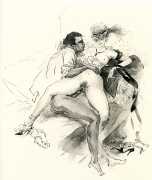 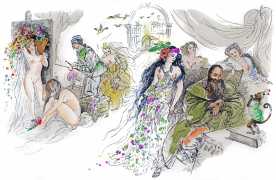 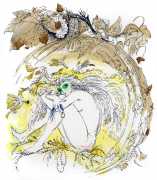 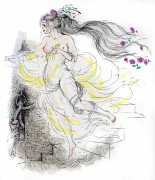 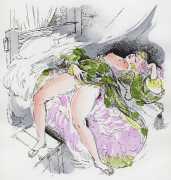 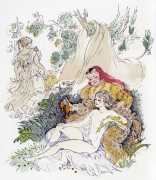 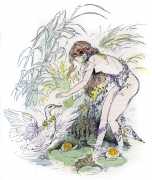 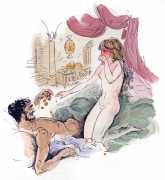 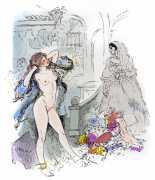 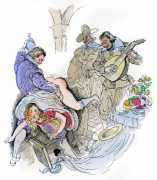 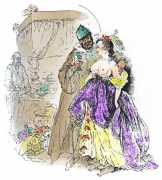 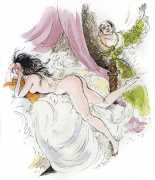 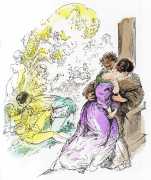 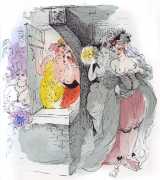 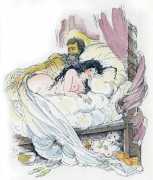