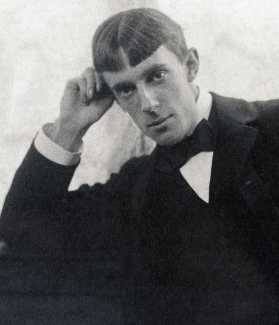 On 7th March 1898, nine days before his early death from tuberculosis, Aubrey Beardsley wrote an impassioned letter to his publisher Leonard Smithers from the Hôtel Cosmopoli­tain in Menton on the French Riviera. It read ‘Jesus is our Lord and Judge. Dear friend, I implore you to destroy all copies of Lysistrata and bad drawings. Show this to Pollitt (Herbert Charles Pollitt, Aubrey’s friend and possibly his lover) and conjure him to do the same. By all that is holy – all obscene drawings. Aubrey Beardsley. In my death agony.’ Fortunately for posterity, the notoriously mercenary and devious Smithers ignored the request, continuing to sell reproductions as well as forgeries of Beardsley’s work.

A leading figure in the aesthetic movement which included Oscar Wilde and James McNeill Whistler, Aubrey Beardsley’s spare graphic style was instrumental to the development of art nouveau. Inspired by a visit to Paris in 1892, where he saw the poster art of Henri de Toulouse-Lautrec and the Parisian fashion for Japanese prints, he experimented with pen and ink to produce imaginative, stark and carefully-crafted black and white drawings that were ideal for book and magazine illustration. His first commission, in 1893, was for an edition of Malory’s Le Morte d’Arthur for J.M. Dent. In 1894 he co-founded the literary and artistic quarterly The Yellow Book with American writer Henry Harland, and for the first four editions served as art editor, producing the cover designs and many illustrations.

Though he is usually thought to have been asexual, Aubrey Beardsley was fascinated by sex, and if he did have lovers in any sense it is likely that they were his men friends within the homosexual clique that included Oscar Wilde and several other English aesthetes. He wrote an unfinished novel called Under the Hill, not published until after his death, which included many explicitly sexual scenes, and he collected many of the explicit Japanese shunga prints which inspired his Lysistrata drawings. Above all he saw himself, and was seen, as an eccentric – ‘I have one aim,’ he wrote, ‘the grotesque. If I am not grotesque I am nothing.’