The Russian artist Boris Grigoriev was born in Moscow, the illegitimate son of a banker who adopted him when he was four years old, and raised him in the city of Rybinsk in western Russia. His upper-class mother had a love of music, reading and art, and the wide differences between his parents’ social and cultural worlds has been linked to the sense of isolation found in Grigoriev’s work.

After a stint at the Practical Academy of Commercial Sciences in Moscow, in 1906 Grigoriev transferred to the Stroganov School of Art and Industry, where he pursued his passion for art, studying under the artist Dmitry Shcherbinovsky. By 1908 Grigoriev was exhibiting his paintings as a member of the Union of Impressionists, citing the influence of Paul Cézanne, Vincent van Gogh and André Derain. By 1913 he was a member of the World of Art association, which also included fellow Russian artists Mstislav Dobuzhinsky, Léon Bakst, Sergei Diaghilev and Konstantin Somov.

Grigoriev moved in Russia’s avant-garde circles, but he saw himself as something of a loner, never fully subscribing to any particular artistic movement. He experimented with materials, initially favouring charcoal and graphite on paper, before switching to work in vibrantly coloured oils, gouache and tempera. In 1918 Grigoriev he lived for a time in Paris, where he attended the Académie de la Grande Chaumière; as well as spending time in the city’s brothels he had an affair with the young American painter Martha Hamlin, known better by her married name of Martha Visser’t Hooft.

Unlike many of his Russian contemporaries, Grigoriev’s work had no political motivation, and he remained ambivalent towards the 1917 Russian Revolution. From 1916 to 1918 he created a series of paintings and graphic works, Raseya (Russia), depicting the poverty and strength of rural Russia. Unfortunately, his Raseya series was interpreted as a denunciation of Soviet paradise, and the consequential political pressure resulted in his emigration to France two years later. The Russian regime quickly removed Grigoriev’s works from museums and locked them away in the archives of banned art.

Between 1921 and 1926 Grigoriev spent his summers in Brittany, painting landscapes and portraits of the local fishermen, peasants and elders. He also spent time in Finland, Germany, the USA and South America, and his reputation spread with his travels. While living in Chile he taught at the Academy of Arts in Santiago, and exhibited his paintings at the Palace of Fine Arts; these would go on to have a profound influence on Chilean avant-garde art, in particular on the painter Camilo Mori (1896–1973). 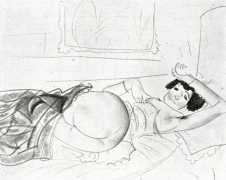 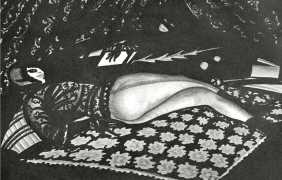 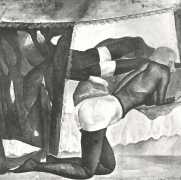 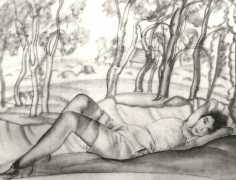 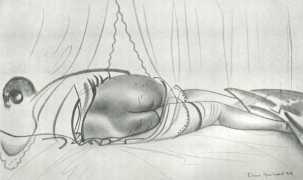 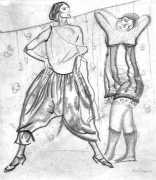 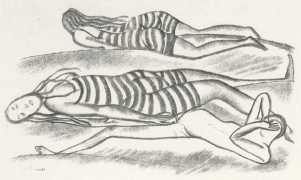 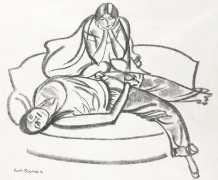 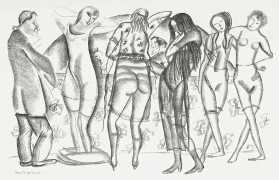 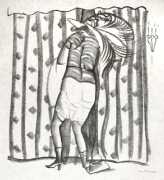 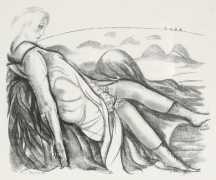 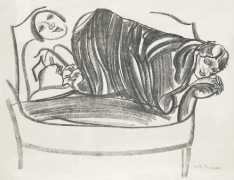 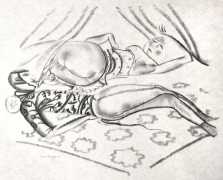