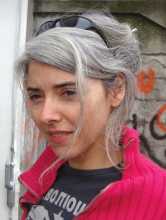 Caroline Sury’s journey through the raw experiences of life, which have earned her a justified reputation as an enfant terrible of the comic world, began in Laval in western France, where she remembers always drawing as a child, then continued with a spell at art college in Bordeaux. Her action-packed life continued with time spent in New York at the end of the 1980s, where she lived on a former ferry tug, became involved with the music scene, and published her drawings alongside future big names in underground graphic design such as Mark Beyer.

It was back in France that everything accelerated, with a meeting in Bordeaux of another diehard artist, Pakito Bolino, with whom in 1993 she created Le Dernier Cri, an alternative publishing house hand-producing works dedicated to deviant graphic artists. Le Dernier Cri necessarily did everything itself, from silkscreen printing and bookbinding to independent distribution and the organisation of exhibitions.

In 1995 Le Dernier Cri established itself in Marseille, where Sury has been based ever since. In 2000 she became a mother, a life-changing experience she told in her autobiographical comic book Baby 2000, published in 2006 by L’Association, an experience that she would extend four years later with the same publisher with Cou Tordu (Cricked Neck) where she narrates health problems linked to overwork, solved in large part by the practice of tai chi, which she now teaches. When asked why she feels the need to lay herself bare in these two raw autobiographical works, she explains her need to express herself through drawing and above all that she does it in her own way. 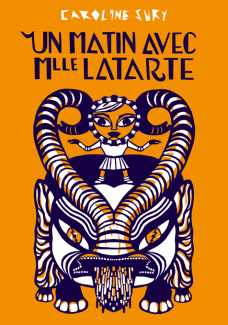 In 2019 Le Monte-en-l’air, a Parisian bookshop-gallery, published Sury’s very successful Un matin avec Mademoiselle Latarte, which allegorically describes a toxic romantic relationship between its heroine and Psycojumbo, a man with the head of an elephant. The twists and turns of this destructive interdependency reflect many of the paradoxes of modern love and sexuality, so as well as being partly autobiographical is a complex exploration of power within intimacy.

Since 2008, initially just a game with her son, Caroline Sury has been making impressive paper sculptures. As with her drawings, she allows herself a great deal of improvisation when making these sculptures. She uses paper to cut, hollow out, and sculpt like a surgeon to give life to these strange characters, often half-human and half-animals. 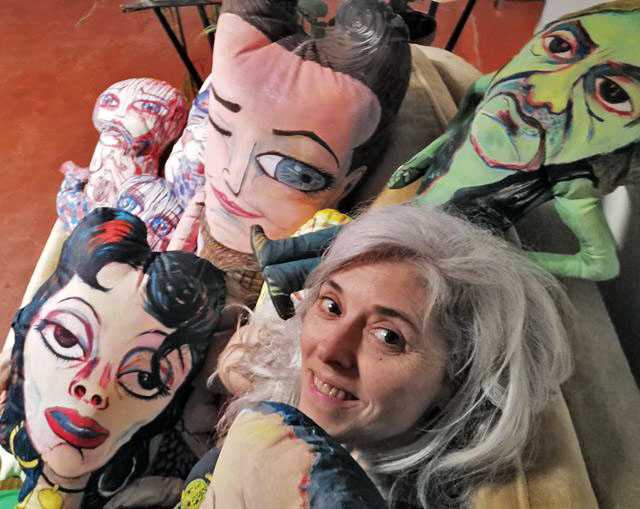