Compared with the amount of in-your-face art featuring rampant male genitalia, depictions of the female equivalent are rare. In Caroline Sury’s hand, though, pen and ink offer a powerful collection of women taking delight in showing us everything they have down below. With equally explicit titles like ‘Elle montre ses fesses’ (She Displays Her Ass) and ‘Je serai ta chatte’ (I’ll Be Your Pussy), she challenges her viewers to deal head-on with any fantasies they may have about female sexuality. 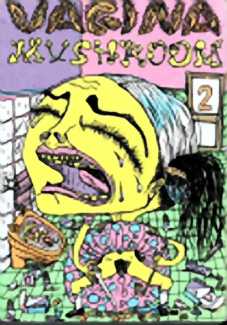