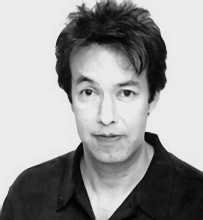 A talented painter with an instantly-recognisable realist style and attention to detail, it was a great loss when David Delamare succumbed to cancer just before the publication of what was probably his most important work, a new illustrated edition of Alice’s Adventures in Wonderland. His Alice, published in 2016, has deservedly become a classic.

David Delamare grew up in Leicester in the English Midlands, moving to Portland, Oregon as a teenager when his mother Una met and married an American serviceman. As a child David was busy drawing, painting, and writing stories, strongly encouraged by his mother. He knew from a very early age that he wanted to be an artist, and always earned his living through art. In his early years he set up a business painting signs and occasionally taught art, but was proud of the fact that he has never had a real job. Though he enjoyed travel, he never drove a car. He slept late and worked deep into the night. When he wasn’t attending films, plays or concerts, he could usually be found at home or strolling in Portland’s Hawthorne District. He was rather reclusive and rarely made public appearances. His mother lived just a few blocks away and remained a great fan. She kept a scrapbook of his work, baked cookies for local gallery openings, and frequently dropped by with a roast beef sandwich or chicken pot pie. 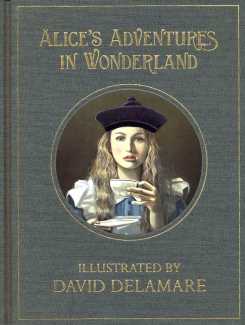 The production of Alice, both before and after David’s death, was a story of extreme challenge and fortitude. Turned down by publishers as being too edgy and ‘not what the market expected’, the couple decided to crowd-fund and self-publish, a process which could easily have ended in defeat, but when Delamare’s Alice finally appeared it was clear that all the determination, care, and attention to detail had paid off. Alice’s Adventures in Wonderland illustrated by David Delamare is one of the highlights of modern illustrated children’s books. 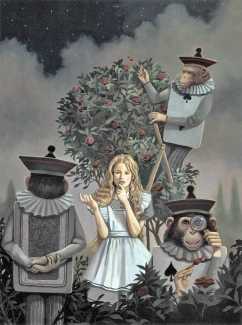 The David Delamare website, curated by Wendy Ice, can be found here.