Those promoting Ernst Hildebrand’s homoerotic art like to spin a picture of the man as a driven fanatic; the Paris gallery Au Bonheur du Jour website describes him as ‘obsessed beyond reason, obsessed to the point of spending each night in the secrecy of his studio, living out a fantasy of debauchery, producing sketches which erupted like an ejaculation, offering a fleeting moment of relief, drawing enormous distorted penises, always alive, provocative. And in all his drawings he put himself in the scene, in the role of the older man, projecting himself into the action.’

As so often, the truth is much more prosaic. Hildebrand grew up in Bütow in what was then Germany and is now Bytów in northern Poland. Showing early talent as an artist, he studied at the Akademie der Künste (Academy of Fine Art) in Berlin, and set up a studio in Berlin in 1927. His output was mostly portraits and paintings with mythological and historic themes, but he was also a keen observer of the sexual scene in Weimar Berlin, with its gender experimentation and relative freedom to explore sexual preferences. He was married to a Swedish woman, Sigrid Maria Elisabet, but it is quite likely that he also dabbled in gay company.

After the Second World War Ernst and Sigrid moved to Karlsborg in southern Sweden, and it from this period that most of his homoerotic art comes, probably as much to earn a living as for personal interest. His work started to appear regularly in the specialist art bookshops of Berlin and Paris in the 1950s, and after his death the French collectors Jean-Daniel Cadinot and Philippe de Maziéres put together as many of his drawings and prints as they could find.

Interestingly he signed many of his homoerotic drawings as ‘Hilde Brand’, ‘Brand’ being German for ‘fire’, maybe to distinguish them from his ‘Hildebrand’-signed works, but maybe also to indicate their dangerous content. 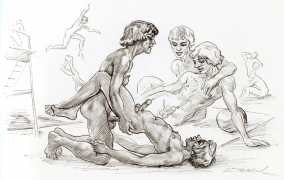 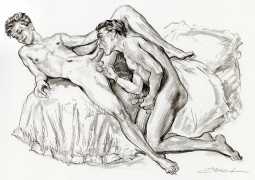 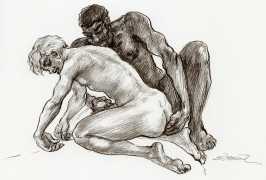 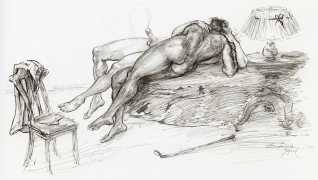 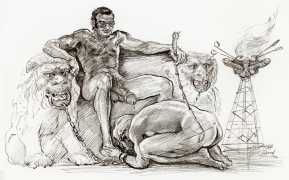 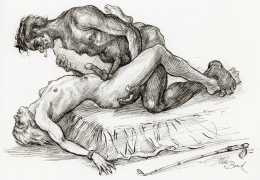 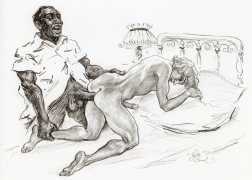 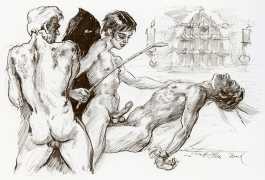 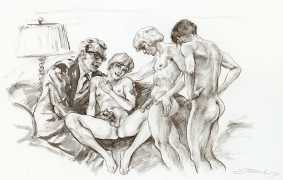 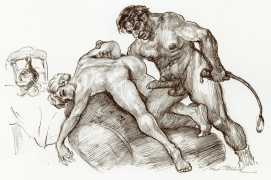 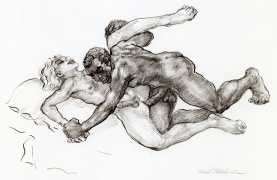