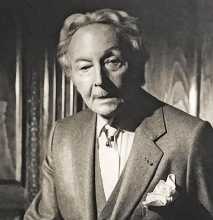 Romain de Tirtoff was a Russian-born French artist and designer, who became known by the pseudonym Erté from the French pronunciation of his initials. He was born Roman Petrovich Tyrtov in St Petersburg, to a distinguished family with roots tracing back to a Tatar khan named Tyrtov. His father, Pyotr Ivanovich Tyrtov, served as an admiral in the Russian Fleet.

He first visited Paris in 1907 and stayed for a year, then in 1910 he moved there permanently. In Paris he lived with Prince Nicolas Ouroussoff (1879–1933) until the prince’s death. The decision to move to Paris was made despite strong objections from his father, who wanted Romain to continue the family tradition and become a naval officer. Romain assumed his pseudonym to avoid disgracing the family. In 1915 he secured his first substantial contract with Harper’s Bazaar magazine, and thus launched an illustrious career that included designing costumes and stage sets; during this time Erté designed costumes for the Mata Hari. Between 1915 and 1937 he designed over two hundred covers for Harper’s Bazaar, and his illustrations also appeared in such publications as The Illustrated London News, Cosmopolitan, Ladies’ Home Journal and Vogue.

Erté is perhaps most famous for his elegant fashion designs, which capture the Art Deco period in which he worked. His delicate figures and sophisticated, glamorous designs are instantly recognisable, and his ideas and art still influence fashion. His costumes, programme designs, and sets were featured in the Ziegfeld Follies of 1923, many productions of the Folies Bergère, Bal Tabarin, Théâtre Fémina, Le Lido and George White’s Scandals.

In 1925 Louis B. Mayer invited him to Hollywood to design sets and costumes for the silent film Paris. While in the United States Erté was given other assignments, including sets and costumes for such films as Ben-Hur, The Mystic, Time, The Comedian, and Dance Madness. Erté continued working throughout his life, designing revues, ballets and operas. He had a major revival and much lauded interest in his career during the 1960s, when Art Deco became popular again.

Two years before his death, Erté created seven limited edition bottle designs for Courvoisier to show the different stages of the cognac-making process from distillation to maturation. In 2008 the eighth and final Erté-designed Courvoisier bottles, containing Grande Champagne cognac dating back to 1892, was released and sold for $10,000 a bottle.

By far his best-known image is Symphony in Black, depicting a stylised, tall, slender woman draped in black holding a thin black dog on a leash. The influential image has been reproduced and copied countless times. 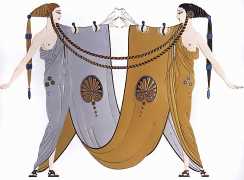 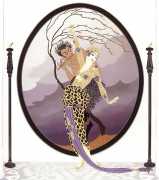 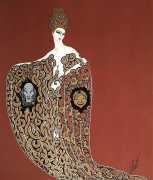