Fernand Hertenberger grew up in the city of Reims, east of Paris, and in 1901 moved to Paris to study painting and drawings with Tony Robert-Fleury, François Flameng and Adolphe Déchenaud. From 1912 onwards he exhibited regularly at the Salon des Artistes Français, and in the mid-1920s, having studied etching and lithography, began an important career as an illustrator.

Best known for his etchings, his first book commission was for Pierre Dominique’s Chroniques Corses (Corsican Chronicles) in 1926, followed by Pierre Louÿs Psyché in 1927, Henri de Régnier’s Le billet de Lucinde (Lucinda’s Letter) in 1928, and Honorée de Balzac’s Le Colonel Chabert (Colonel Chabert) in 1929. 1929 also saw the publication of a Hertenberger-illustrated edition of Joris-Karl Huysmans’ controversial 1891 novel about satanism, Là-bas (Down There), for which Hertenberger had produced a set of engravings three years earlier; when the book was published they were exhibited at the Salon des Humoristes.

After a relatively unproductive period during the 1930s, when he was teaching drawing and organising regular exhibitions with fellow artists Robert Pougheon and Jean Despujols in Paris’s artistic 14th arrondissement, Hertenberger returned to book illustration in 1943 with an edition of La tentation de saint Antoine (The Temptation of St Anthony). This was followed by etchings for Pierre de Ronsard’s Le bocage (The Grove) in 1946 and Gustave Flaubert’s Salammbô in 1947.

Hertenberger was in his late sixties, still single, when he was commissioned by a group of friends to illustrate by far his most explicitly sexual portfolio, Le trophée des vulves légendaires (The Prize for Legendary Vulvas), its simple style quite different from the detailed etchings he was known for. We know nothing of his personal life at the time, but he certainly knew how to draw female genitalia. His last major book commissions were in 1949 for editions of the Eumenides of Aeschylus and La Fontaine’s Fables. 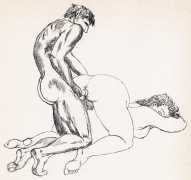 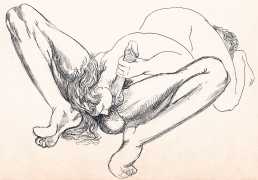 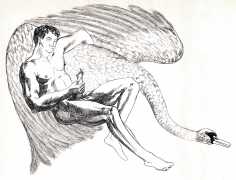 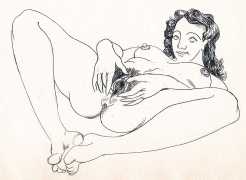 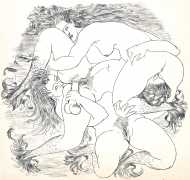 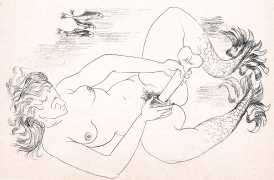 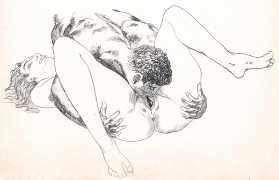 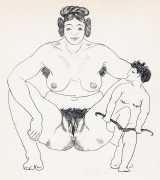 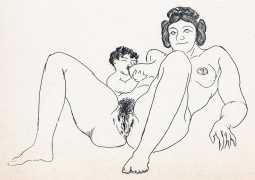 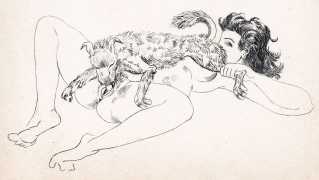 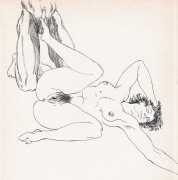 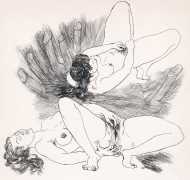 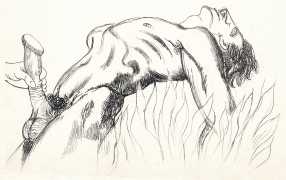 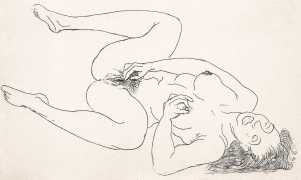 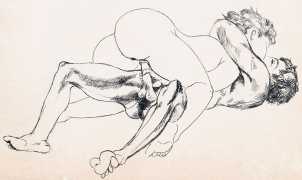