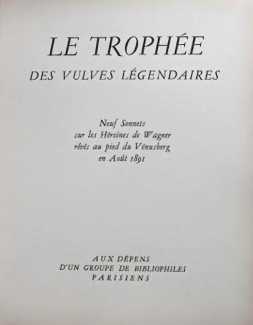 Though the book bears no mention of Hertenberger as the illustrator, and the eighteen etchings are far from the detailed, almost architectural style of much of his work from the 1940s, it was always known among book-collectors that they were by his hand. Their immediacy can sometimes verge on the gynaecological, but they match Louÿs’s verses perfectly, and are woven into the text on the page to produce a satisfying layout. 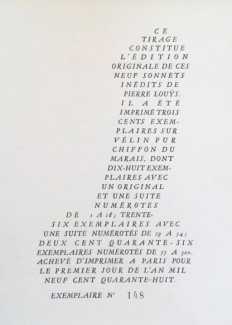 As a humorous touch, the limitation page of Le trophée des vulves légendaires is laid out as a typographical phallus, a neat coda to a stylish collaboration.