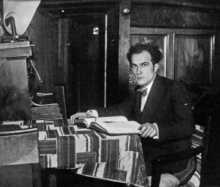 François de Geetere was born in Auderghem, a suburb of Brussels, and as a child moved with his parents to Halle, where he studied art with Constant Montald. He spent the war years in Utrecht (whether as a deserter or conscientious objector is unclear), developing a distinctive surrealist style within a active artistic community which included artists such as Félicien Rops and René Magritte and a group of enthusiastic gallery owners and collectors; it was around 1914 that he Flemicised his name to Frans.

The important Belgian collector P.A. Regnault, famed for his early championing of painters including Picasso, Braque and Chagall, encouraged Frans, and bought several of his works.

Towards the end of the war, in 1918, Frans de Geetere was living on a houseboat at Nieuwersluis south of Amsterdam, and working as a night porter at the William Arntz psychiatric clinic in Utrecht to make ends meet; he also met his partner May den Engelsen during this period. The grim darkness of war and his work with psychiatric patients seemed to underlie his move away from surreal fantasy to dark etchings; it probably also explains the couple’s decision to take their floating home away from wartime Holland and wend their slow way through the Dutch and French countryside to Paris, along with their art materials and a printing press to enable them to work on the way, and several cats. Early in 1920 the Marie-Jeanne arrived in Paris to drop anchor on the banks of the Seine in central Paris, at the Quai de Conti near the Pont Neuf, and this was to remain their home for nearly fifty years.

Frans and May quickly became part of a circle of hedonistic bons vivants for whom free sex, homosexuality, partner-swapping, fancy dress parties and orgies were an integral part of their world. A symbol of free-floating morals, conveniently moored at the heart of the world’s cultural capital, the Marie-Jeanne became a hippy sanctuary long before hippies were invented. Avant garde artists Tamara de Lempicka and Kees van Dongen were regular visitors, as were American emigré millionaire and publisher Harry Crosby and his beautiful and inventive wife Caresse. During the late 1920s and early 30s Harry and Caresse became intimate with Frans and May, sharing art, poetry, partners, beds and experiences with drugs.

But Frans and May also had to live, and to keep food on the table worked hard on commissions both pedestrian (flowers and portraits) and experimental. It was in his engravings for books that Frans found his true métier, and fortunately the market in the mid-1920s was ripe for his edgy, dark, risqué prints. Commissions starting with Les amies (a joint project with May) in 1925 and continuing until the early 1930s kept his creative juices flowing. As well as the books, Frans produced many individual etchings which were sold to private collectors and selected Parisian galleries.

By the 1950s the world and Paris had changed, and Frans de Geetere’s dark etchings fell out of fashion. He turned to warmer paintings with some of the qualities of his surrealist period, and to paper sculptures. In the mid-fifties the Parisian authorities tried to ‘clean up’ the Seine by removing as many houseboats as possible, but Frans and May used a newspaper campaign to persuade the city that the Marie-Jeanne was a ‘cultural monument’ – which with hindsight it most certainly was. It was moved only in 1969 after Frans and May’s deaths.

A moving tribute to Frans de Geetere’s inventive spirit was broadcast by French television just before his death, showing him making and flying one of his many kites. The commentary says it all: ‘Here is the Flemish artist and painter, still boisterous and enthusiastic, sending the most dazzling creations  into the air from his picturesque barge on the banks of the Seine’. The short film can be seen on YouTube.

A comprehensive and sympathetic survey of Frans de Geetere, his life and work, was written by Jan Juffermans and published (in Dutch) in 2006; much of the information here comes from his research. 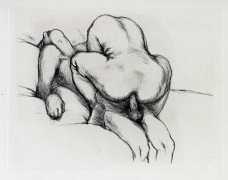 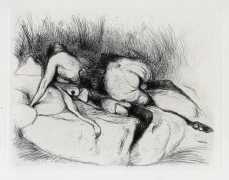 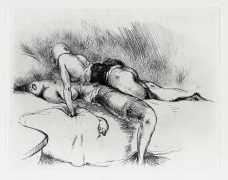 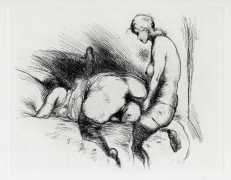 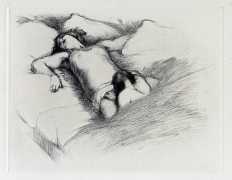 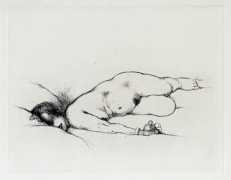