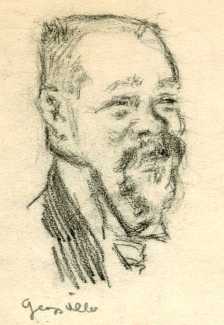 Georges Emile Marie Villa grew up in a military family in Montmédy in eastern France, where his father Désiré (a Légion d’Honneur General, Commander of the Orders of Annam, Cambodia and Nicham-Iftikar, Commander of the Order of the Sword of Sweden, Officer of the Order of Léopold) was a hard act to follow. Georges wisely chose a non-military career, studying at the École des Beaux-Arts in Paris and from 1903 exhibiting at the Salon des Artistes Français. An excellent portrait painter, he was invited to Russia by the Grand Duke Vladimir, uncle of Tsar Nicolas II, to paint portraits of Russian army officers, and in 1908 accompanied a Russian archaeological mission to Egypt.

During the First World War he enlisted as a pilot officer, in 1916 being assigned as captain to a French fighter squadron, and after the war moved from portrait painting to cartoons and book illustration, setting up home in Montmartre, the artistic quarter of Paris. Among many other commissions, his illustrations for Anatole France’s L'île des pengouins (Penguin Island) in 1922, Gautier’s Capitaine Fracasse in 1935, and Edgar Allan Poe’s stories in 1938 demonstrate his considerable skill. In 1921 he married Marie Brencklé; they had two children, a son, Claude, and a daughter, Nicole.

An active participant in the Montmartre scene of the 1920s and early 30s, Villa was also in demand as a designer for posters, menus and advertisements. He was a member of La Société Cornet (The Cornet Society), a fraternity of artists, literati, academics, musicians and playwrights who met regularly in Parisian restaurants for elaborate meals accompanied by a specially-designed menu, of which Villa designed several. 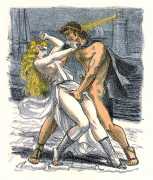 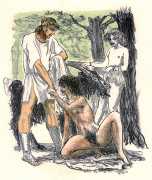 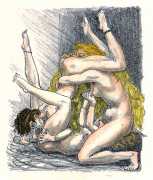 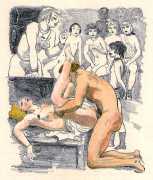 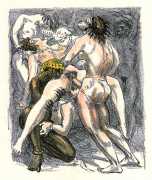 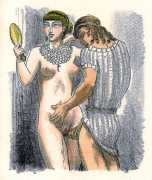 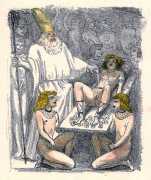 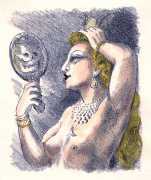 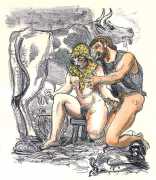 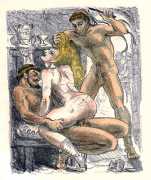 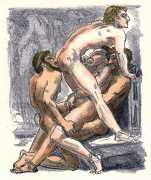 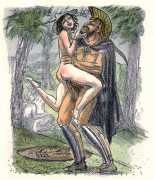 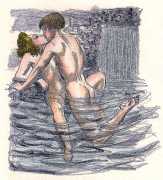 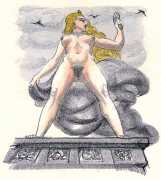 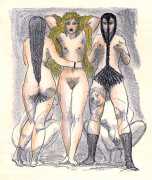 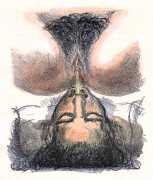 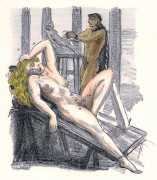 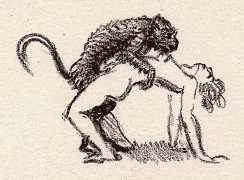 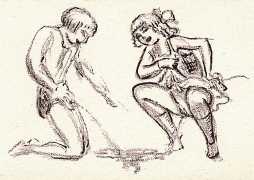 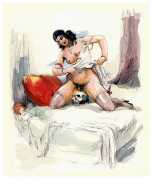 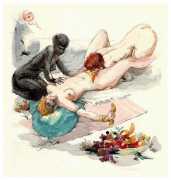 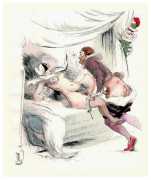 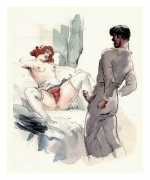 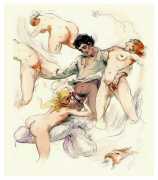