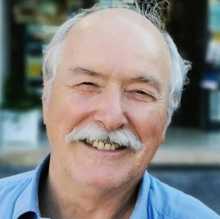 The Italian artist Giacinto Gaudenzi grew up in the Adriatic coastal town of Cattolica, and when he left school he studied graphic art and animation at the Grafica Publicitaria in Urbino. From 1963 to 1966 he worked in television production in Genoa and Rome. His first comic work appeared in 1975 in the comic books Il Mago and Sgt Kirk. He became good friends with the historian of comics Gianni Bono, who taught him about the French bande desinée tradition; it was through this collaboration that he created the well-known character Bozo le Clown.

After working for several years in the comic magazine sector, the major Italian publisher Mondadori commissioned Gaudenzi to illustrate a major three-part history of Italy by Enzo Biagi in three volumes. Storia d’Italia, published in 1979, proved immensely popular, and was followed by Storia di Roma, Storia delle Invenzioni and Storia del Mondo, projects which kept him busy throughout the 1980s.

Gaudenzi continued to illustrate books through the 1990s, but finding he needed more time for himself moved to the hills behind the seaside town of Fano to work on his own projects. After producing illustrations for several packs of Tarot cards for Lo Scarabeo in the early 2000s, in 2006 he decided to concentrate on teaching young illustrators in the skills required for their development.

Asked what he feels are the most important things for young illustrators to learn, he is very clear. ‘It is vitally important to master manual techniques first, and not rely on digital methods. You need to study and work hard, and not give in to the monotony and standardisation that are so rampant today. The idea that everyone can become an illustrator or a designer, that all you need is a smartphone, is far too common. Nothing could be more wrong. To do this job well you need to be able to amaze people. Proper apprenticeship is so precious, both for gaining experience and for acquiring the right contacts.’