As with so many illustrators we have included, it is strange that so little is known about the German artist Helmuth Stockmann beyond his artwork, and that only because he signed nearly all his work so neatly in the printing plate. He must have been in his late twenties when Germany went to war in 1914, and was almost certainly art college trained, as he had produced his first book cover design, for a German translation of Diderot’s Ceci n’est pas un conte, in 1910, and created artwork for several accomplished posters in the early years of the conflict. His last known work dates from 1935, when he contributed illustrations for the centenary booklet of the Bayerische Versicherungsbank (Bavarian Savings Bank) in Munich. We would therefore guess his dates to be something like 1888–1944.

His contribution to erotic illustration is in the form of two powerful and explicit portfolios produced shortly after the end of the war, which as well as demonstrating his skill in drawing show his strong feelings about the interplay of sex, power and death in the aftermath of battle. He clearly knew the work of Rops, Beardsley and von Bayros, as several of his images include similar elements; his stark treatment also owes much to the artists of Die Brücke like Erich Heckel, Ernst Ludwig Kirchner and Emil Nolde, with some of whom Stockmann shared a printing company and may well have known personally. 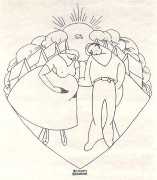 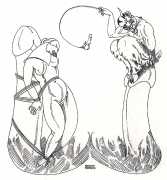 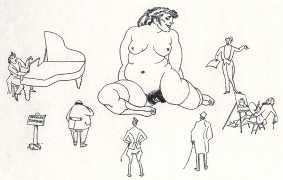 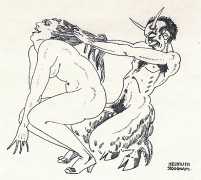 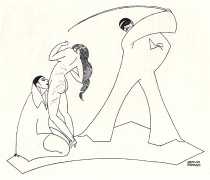 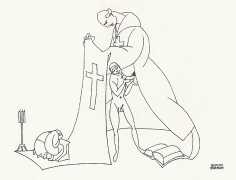 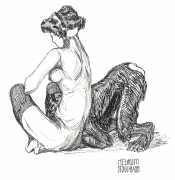 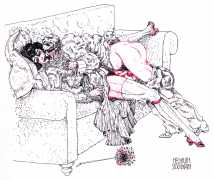 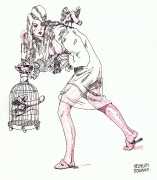