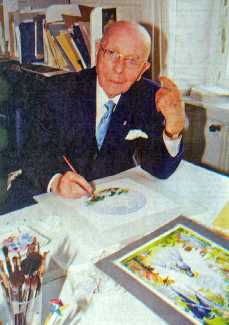 Jean-Adrien Mercier is best known as a poster designer and illustrator of children’s books; his fairly short-lived parallel career as Jean d’Angers, erotic illustrator, is less well known. He grew up in Angers in the Loire valley west of Paris (hence the nom de plume), and received his training at the École des Beaux-Arts under the direction of Charles Berjole before transferring to the École des Arts Décoratifs in Paris in 1921. After graduating in 1923 he joined the Angevin Artists Guild, created by the Angevin patois poet André Bruel; among other projects he produced a set of woodcuts for an Éditions Bibliophile Angevin publication, L’entarr’ment du Père Taugourdeau by Marc Leclerc. 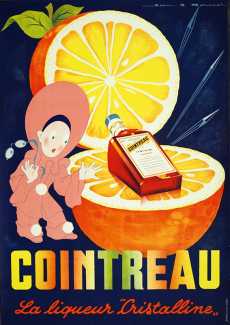 The mid-1920s produced two major breaks for Mercier; he won a competition to design a poster for the 1924 Angers Fair-Festival, and through his mother’s connections (she being the granddaughter of the famous Edouard Cointreau) became artistic director of the Cointreau company, producing a stylish series of posters for the upmarket liqueur. This led to poster design for a range of clients, including cinema productions and tourist organisations – between 1925 and 1942 Mercier designed more than 120 cinema posters and numerous commercial posters. 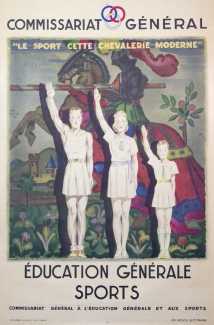 Other commissions included the poster ‘Salut Olympique’ for the Vichy government in 1940, and during the 1960s, towards the end of his long working life, Mercier was hired by the Compagnie Generale Transatlantique to paint the decoration for the children’s playroom on the transatlantic liner France, and also to design the ship’s menus. Three years after his death, the French state acquired 94 posters and a dozen watercolours for the national collection. 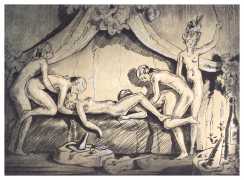