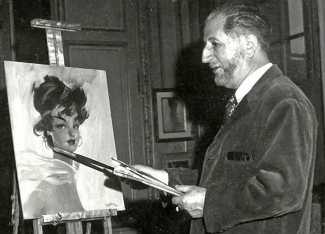 It could be said that fame and fortune came too easily to Jean-Gabriel Domergue, helped both by his undoubted talent and by his tireless self-promotion. It started early – when he was fourteen he won first prize in a drawing competition organised by the city of Paris, as a result of which a friend of his mother ordered a portrait from him. He never looked back, and throughout his career his trademark portraits, nearly always of elegant women with swanlike necks and seductive eyes, kept him at the forefront of what was considered modern and fashionable.

He made much of the fact that Toulouse-Lautrec was a distant cousin and that he had spent time being coached by Dégas; by the time he entered the École des Beaux-Arts in 1903 he knew he was going to be an important artist.

By 1911 he was working full-time as a fashion and theatre designer, and it was when Pierre Laffitte, the editor of Femina magazine, commissioned Domergue to draw the society model Liane de Pougy (1870–1950), that Domergue found in her, with her long figure and wasp waist, what he considered an ideal type of beauty, one that he went on to cultivate all his life.

During the First World War he worked as a stretcher bearer and contributed sketches of his experiences to illustrated weeklies, then after the war he married Odette Maugendre-Villers (1884–1973), a student at the École des Beaux-Arts and a talented sculptor who often exhibited with him. In 1920 he received the gold medal at the Salon des Artistes Français, as a result of which Domergue found he was in demand from all sides, not just as a painter, advertising artist and poster designer, but also creating designs for fashion, the theatre and grand interiors. In 1922, under the aegis of the G.L Manuel Frères Gallery, he created with a team of painters, sculptors and decorators the Salon à la Mode par les Artistes, a fashinable art salon which ran for the next ten years. He designed rooms for the Salon des Decorateurs, theatre sets for productions in London and Paris, and even helped to create a men’s fashion show as well as designing dresses, hats and accessories for famous couturiers including Paul Poiret and Henry Marque.

By this time Jean-Gabriel and Odette were moving in influential society circles, and divided their time between their equally sumptuous houses in Paris and Cannes on the French Riviera, where the artist was reputed to house up to twenty beautiful models at a time. It is not too much to suggest that he played a pivotal role in the evolution of fashion during the 1920s and 30s, underscored by his assertion that he had single-handedly ‘created the pin-up’.

His career continued to go from strength to strength. In July 1933, he was made a Chevalier of the Legion of Honour. In 1938 he created a campaign featuring a young naked woman intended for a new perfume, Féerie de Rigaud, and later the same year was a member of the jury for the Miss France competition. In 1939 he produced the poster for the first Cannes International Film Festival. In 1950 was elected as a member of the Institut de France. Alongside continuing to paint, his last major role was as the curator of the Jacquemart-André Museum in Paris from 1955 to 1962, where he organised major exhibitions of the work of Van Gogh, Toulouse-Lautrec and Goya.

Feted by his audience in his heyday, Domergue’s style quickly went out of fashion, his enormous output of paintings of semi-nude women written off as stereotyped, rushed and repetitive. It could be said that his popularity got the better of his creativity, and that once he had found a style that sold he stopped experimenting. His favourite painting of a young woman with death looking over her shoulder was maybe a pensive hint at his own understanding of the lifespan of a popular artist. 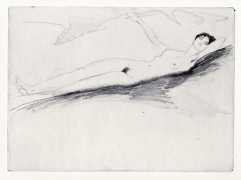 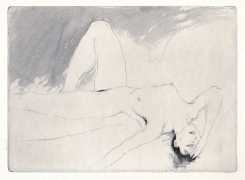 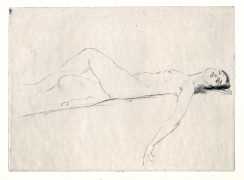 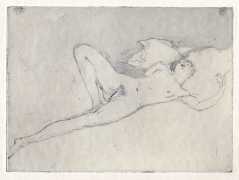 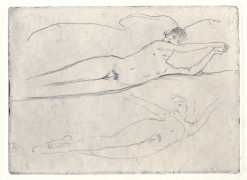 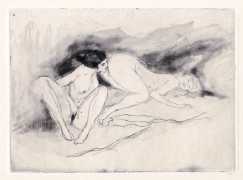 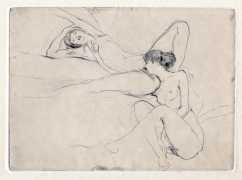 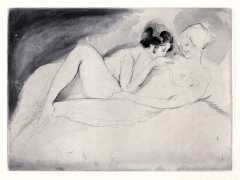 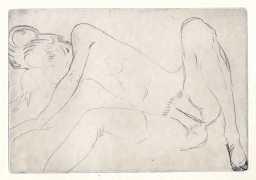 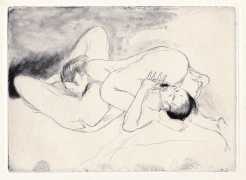 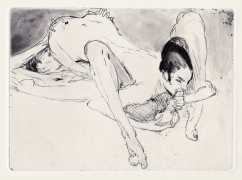 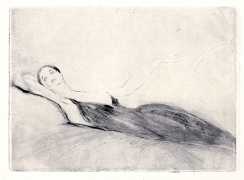 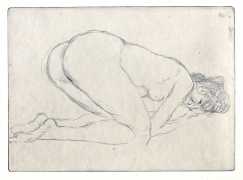 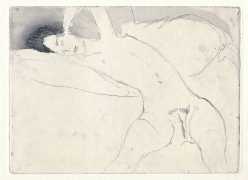 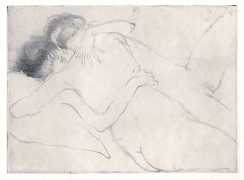 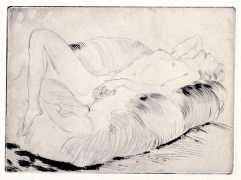 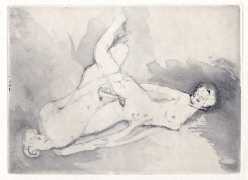