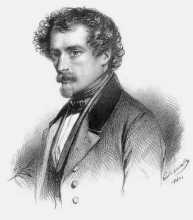 Jean Ignace Isidore Gérard, generally known by the pseudonym of Jean-Jacques Grandville, was probably the best-known French caricaturist of the first half of the nineteenth century. He was born at Nancy in north-eastern France to an artistic and theatrical family, Grandville being his grandparents’ professional stage name. Grandville received his first instruction in drawing from his father, a painter of miniatures. When he was twenty-one he moved to Paris, and soon afterwards published a collection of lithographs entitled Les tribulations de la petite proprieté (The Tribulations of Small Property). The work which really established his career was Les métamorphoses du jour (Changes of the Day) in 1828, a series of seventy scenes in which individuals with human bodies and animal faces engage in comedy scenes. The drawings are remarkable for the extraordinary skill with which human characteristics are represented in animal facial features.

The success of this work led to his being engaged as artistic contributor to periodicals including La Silhouette, L’Artiste, La Caricature and Le Charivari. After the introduction of state censorship of caricature in 1835, Grandville turned almost exclusively to book illustration, supplying illustrations for works including Don Quixote, Gulliver’s Travels and Robinson Crusoe.

Though Grandville’s drawings are sometimes unnatural and absurd, they usually display keen analysis of character and marvellous inventive ingenuity, and his humour is always tempered and refined by delicacy of sentiment and a vein of sober thoughtfulness. 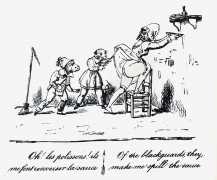 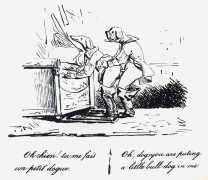 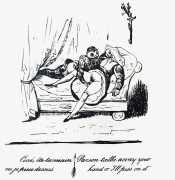 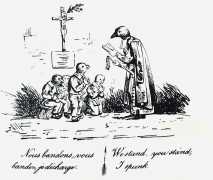 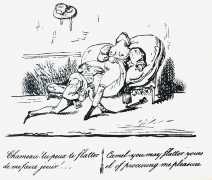 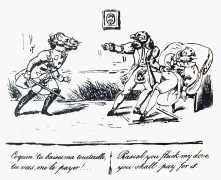 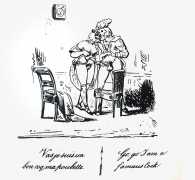 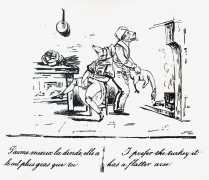 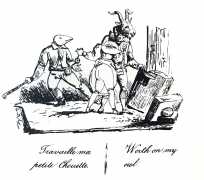 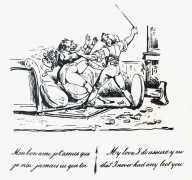 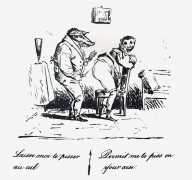