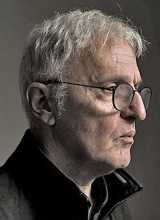 In the opinion of many connoisseurs of graphic novels, Jean-Pierre Gibrat is simply the best of French artists currently working in the field. A perfectionist, working slowly and carefully, Gibrat’s artistry coupled with his detailed historical research has resulted in a small but beautiful number of volumes.

Raised in a trade unionist family in Paris, he obtained his baccalaureate specialising in history and philosophy. He then turned to advertising graphics, enrolling in the Faculté d’Arts Plastiques (Faculty of Plastic Arts) in 1975. Two years later he interrupted his studies to engage seriously in comics, and published his first full stories in Pilote. A meeting with the screenwriter Jackie Berroyer resulted in the character of Goudard, a wayward teenager who went on to frequent Charlie Mensuel and Fluide Glacial. In 1982 Gibrat’s talent for drawing young women encouraged Berroyer to add the character of Parisienne to the Pilote storyline, and Goudard and Parisienne featured in a series published by Dargaud. 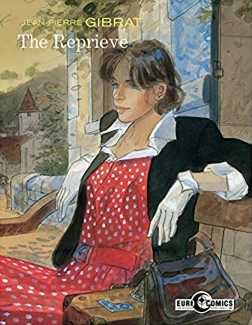 In 1995, together with writer Francis Leroi, Gibrat drew Pinocchia, an erotic version of Pinocchio, and he following year, with Daniel Pecqueur, he mixed dream and fantasy in Marée basse (Low Tide) for Dargaud’s Long Courrier collection. 1997 saw a change of direction, the year in which Gibrat finally found the subject matter which suited his style perfectly. It started with the World War II diptych Le sursis (The Reprieve), set in rural France during the years of occupation, which won multiple prizes and an enthusiastic reception from readers. Le sursis was followed in 2002 by the magnificent Vol du corbeau (Flight of the Raven), set in Paris. 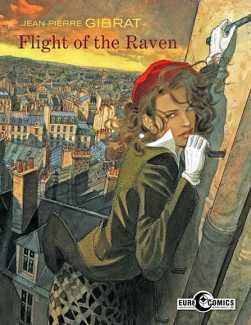 In 2008 he began the Mattéo series, published by Futuropolis, a story about the life of the son of a Spanish anarchist, spanning World War I, the Russian Revolution and the Spanish Civil War.

The Reprieve and Flight of the Raven were published in multiple volumes in France, in three and two volumes respectively, but were combined into single titles in the English-language versions published by Eurocomics. Of the four French volumes of Mattéo, the first two have so far been translated into English. German, Italian and Spanish translations have also been published of Gibrat’s most popular titles.